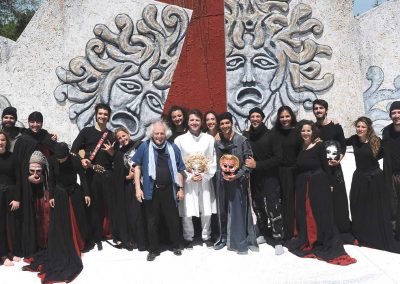 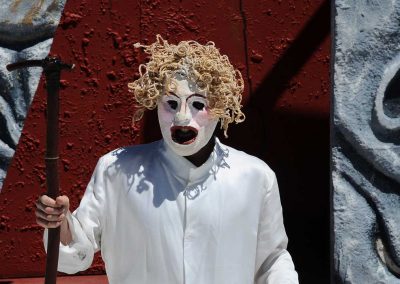 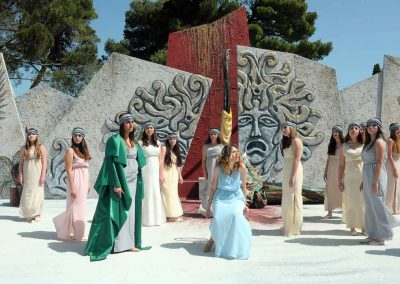 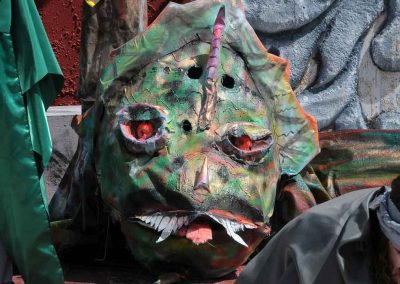 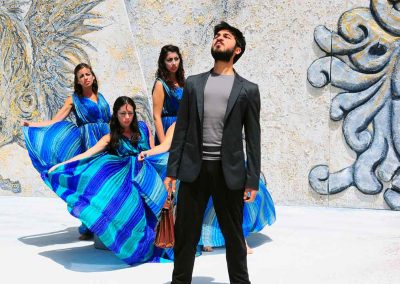 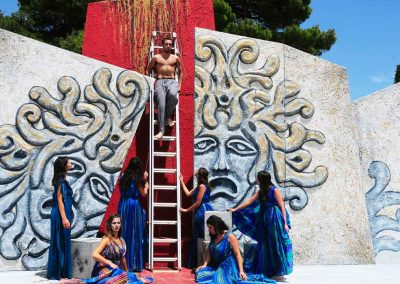 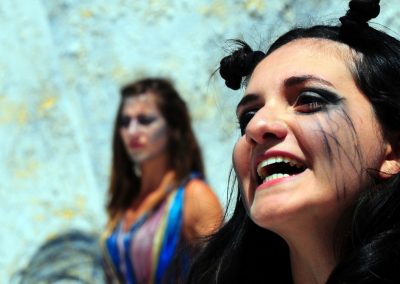 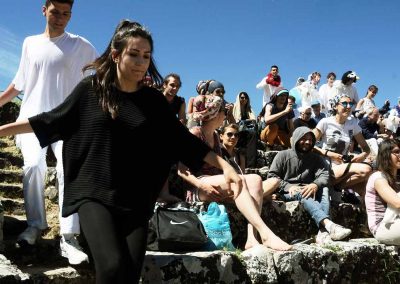 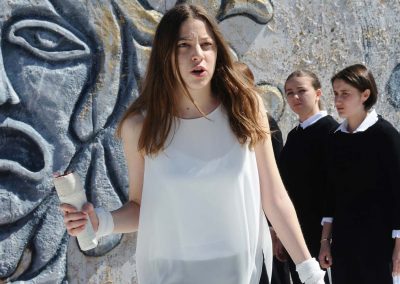 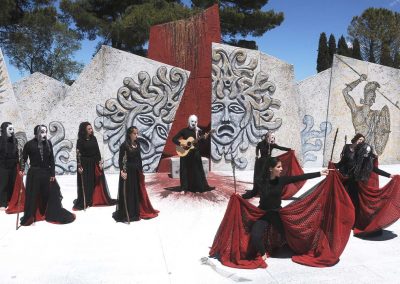 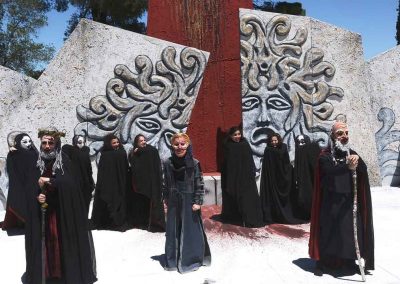 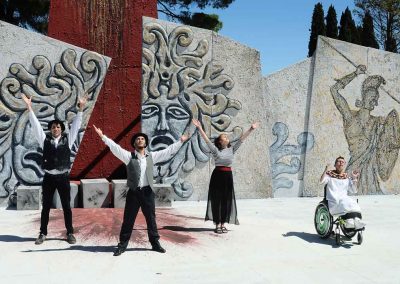 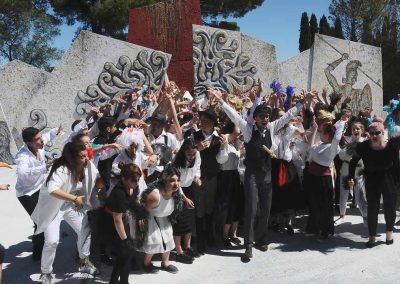 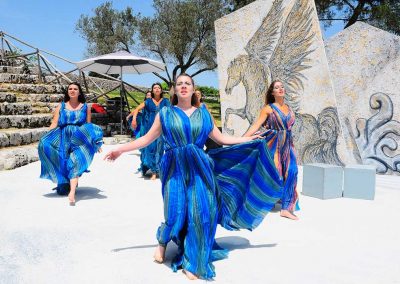 OVER 1200 YOUNG PEOPLE FROM ALL THE WORLD

A FESTIVAL IN
THE “THEATRE OF
THE SKY”

The “theatre of the sky”; thousands of students who approach timeless works of theatre during an event that speaks many languages and has the force and the enthusiasm of youth. The International Festival of classical theatre for young people at Palazzolo Acreide is the most important festival of theatre dedicated to future generations on the national and international scene. Every year at the Greek theatre of Akrai, students of all ages present original reworkings of the Greek and Latin classics during an event that makes participation and the sharing of experiences one of the strong points of the event.
The Festival grew from an intuition of Giusto Monaco, who in 1991 decided to create an event designed to “keep the relationship alive between new generations and the founding values of classical culture”. From 26th to 31st May 1991, students from 26 schools performed in the Greek theatre of Akrai, thus founding an event that has since become a regular appointment, and an increasingly important part of the activity of the INDA Foundation, with great educational and social value. Until the year 2000, the Festival took place every two years; it is now an annual event.

“The theatre in Palazzolo, theatre of the sky. This definition came to mind in a flash the very first time I sat on the steps of this small, magical theatre that crowns the hill of Akrai. In front of us, to the right and the left, nothing else but the deepest blue sky; no sign of earth to disturb this immaculate purity, no echoes of life upset that sacred silence. Infinity, Silence, Light are the three august divinities that rule over this corner of earth, unmatched by any other in its inspirational virtues. Nothing vulgar could worm its way into this mute, radiant circle of enchantment: only Poetry may approach, in adoration.” (Ettore Romagnoli)

For a month, students from high schools, universities and academies from all over the world alternate between their own performances and the ones staged in the Greek theatre of Siracusa, where they watch as spectators in a rare combination of youth and classicism. It guarantees the quality and the commitment of INDA towards students of all orders and levels, from elementary school to Italian and foreign universities.

The INDA Foundation, by giving young people an increasingly important role in the Festival, fills a gap by offering an area for experimentation in Greek-Roman tragedy and comedy, a permanent workshop that is also an observatory for emotions and conflicts, enriched by collateral proposals, musical events, meetings and opportunities for exchanges between students.
The complex organisation of the International Festival of Classical Theatre for Young People is managed by Sebastiano Aglianò.

YOU WANT TO GET MORE INFORMATION

to schedule an interview or to have further information please contact us through the appropriate form by writing to the attention of the general secretary Sebastiano Aglianò.
CONTACT US
[:it _i=”0″ _address=”6.0.0.0″ /][:en _i=”1″ _address=”6.0.0.1″ /][: _i=”2″ _address=”6.0.0.2″ /]
Continuando la navigazione, si accetta l'uso dei cookies che ci consente di fornire un servizio ottimale e contenuti personalizzati.AccettaLeggi di più