Zeus has condemned Apollo to live as a slave in the household of Admetus, King of Pherae in Thessaly, in order to atone for killing the Cyclops. Because of the warm hospitality the King extends to him, Apollo holds Admetus in great esteem and persuades the Fates to let his friend escape death, on condition that someone sacrifice their life for him.

However, neither his friends nor his elderly parents are willing to do it: only his beloved wife Alcestis is prepared to give her life for him. In the meantime Heracles, engaged in one of his twelve labours, comes to the palace and asks for hospitality.

Admetus welcomes him generously. Although he cannot hide his tears, he hides their cause from his friend. It is a servant who blurts out to Heracles the true identity of the “unrelated” woman lying dead in the house. The hero decides to go to Hades and bring Alcestis back to life. 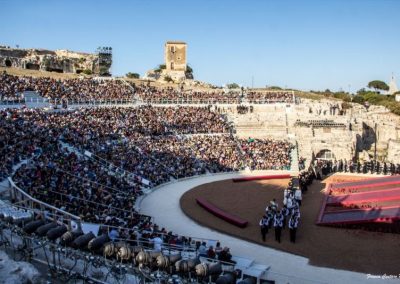 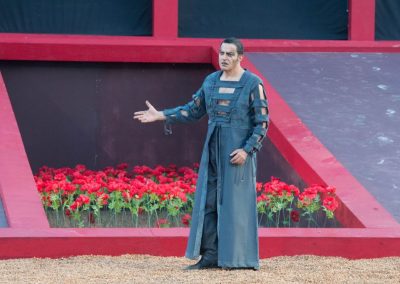 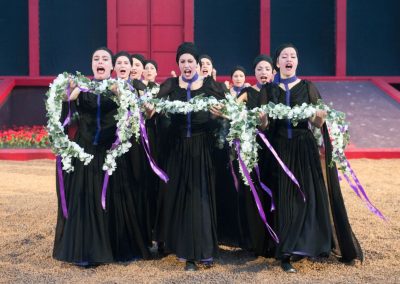 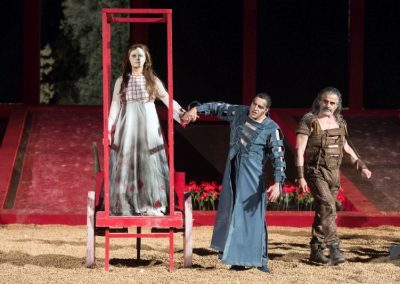 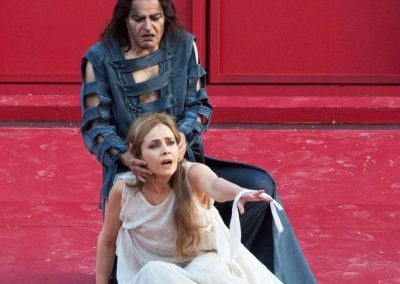 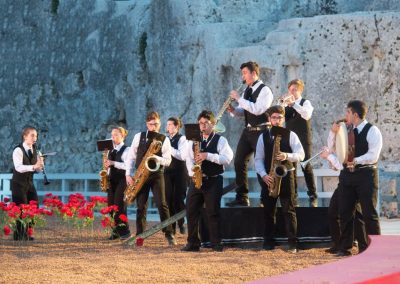 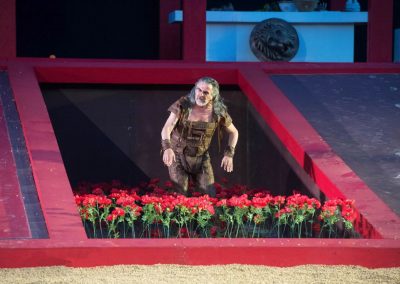 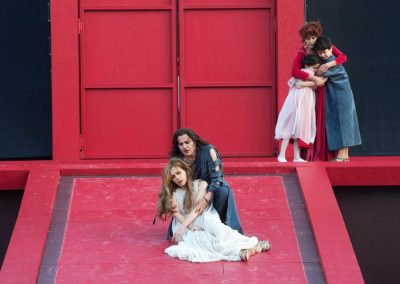 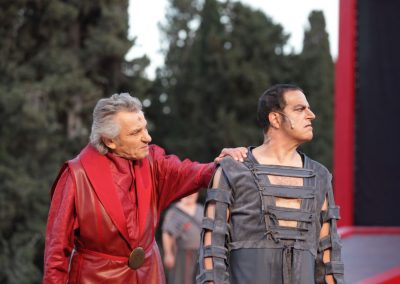 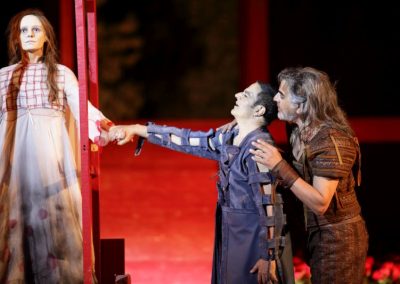 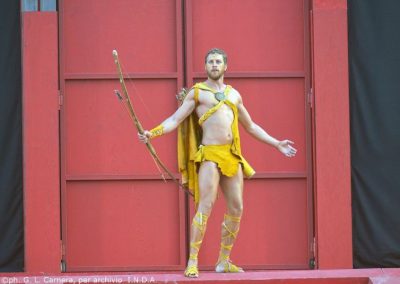 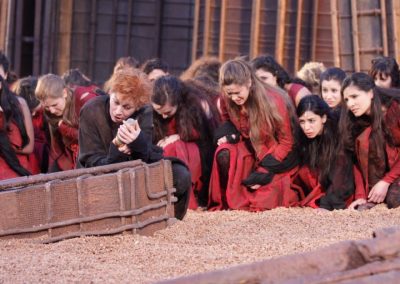 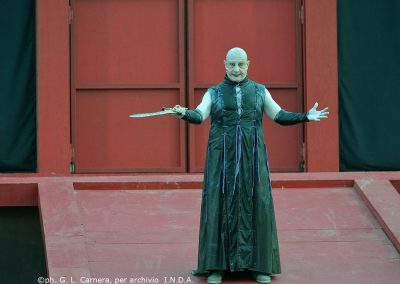 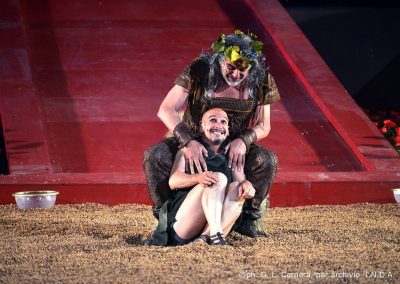 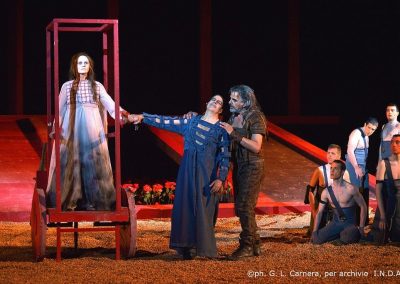 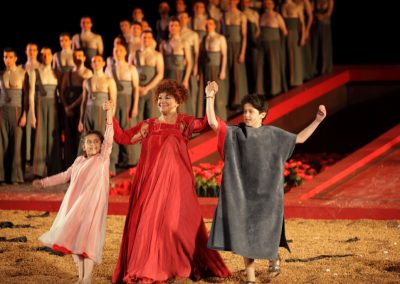 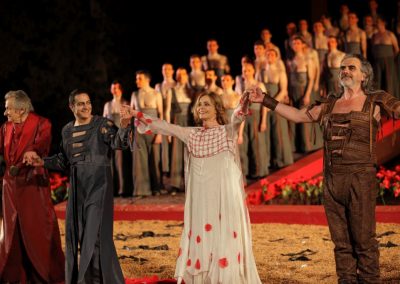 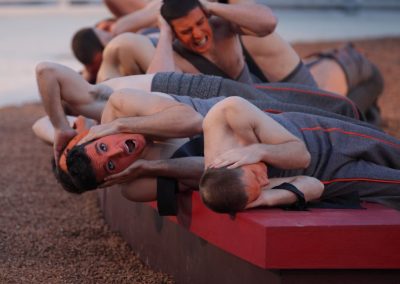 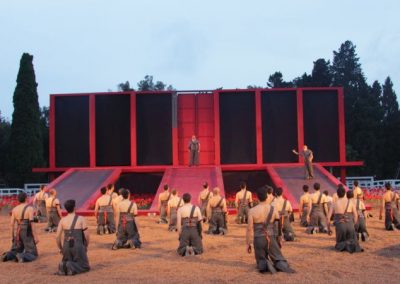 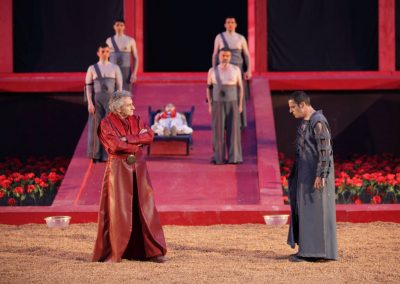 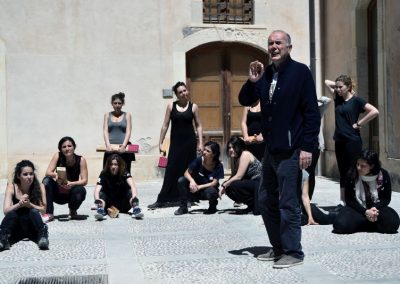